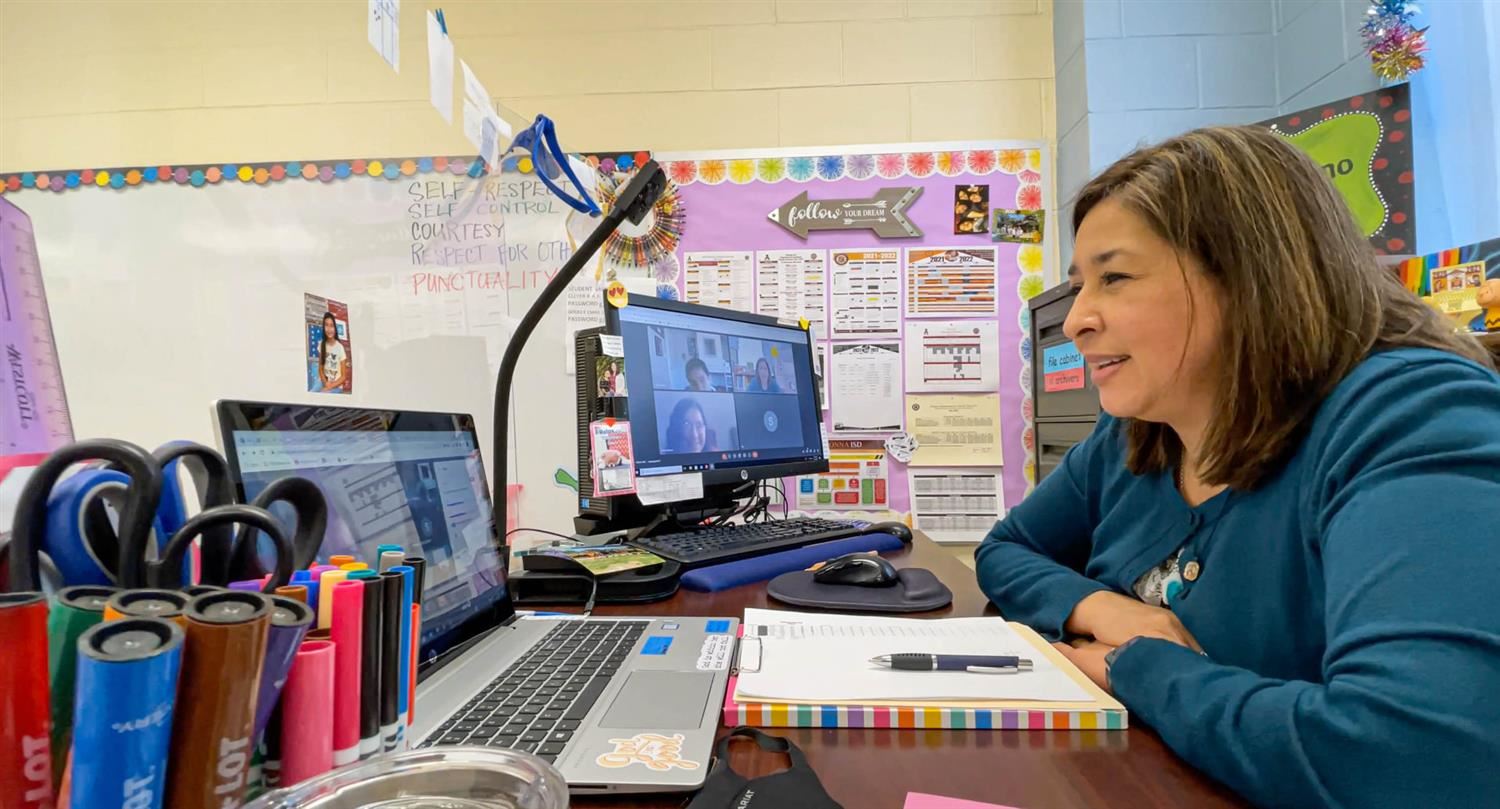 With the symbolic cutting of the ribbon, the Donna Independent School District ushered in a new era of education for the district’s students.

Acting Superintendent of Schools Rebecca Castaneda commended everyone who played a role in making this important initiative possible. Castaneda said with this virtual learning campus now in place, Donna ISD has positioned itself to be at the forefront of providing students a quality education in both a traditional and online setting.

“You may remember, this campus celebrated its 115th anniversary on March 12, 2020 and today we are commemorating another major milestone,” Castaneda said. “We are excited to announce that Runn has been transformed into the district’s first virtual campus. As of today, Runn Virtual Learning Academy will serve students Kinder through 6th grade who qualify to receive virtual instruction. Teachers who volunteered to teach virtually will be housed here along with support staff.”

Runn Principal Ms. Maria Hinojosa described this transition as another historical milestone for the district’s first elementary. “Runn Elementary was the first campus to open in Donna in 1904,” Hinojosa said. “Runn is also the pioneer in Bilingual education and now we’re the first virtual learning academy in Donna ISD and the Valley. So we’re the only one of its kind. Teachers from other districts are servicing students from their assigned campuses or from home. We are housing all of our Kinder through 6th grade teachers including our elective teachers in one campus.”

Ms. Hinojosa said having all teachers under the same room is a big plus. “This will allow for us to provide support from administration at the district and campus levels,” Hinojosa said. “It will also allow our teachers to collaborate and get to know our students better. Furthermore, our virtual learners from across the district will be housed here, which allows for a central location for them to call in case they need technical support, information or any other assistance.”

Donna ISD Board Member Fernando Castillo spoke on behalf of the Board of Trustees. “We want to thank each and every one of you for being here for something that is very unique, but not uncommon across the state, the nation and even the world,” Castillo said. “I don’t know how many of you all grew up with Star Trek. I grew up watching Star Trek and they had little things that looked like iPads. That was back in the early 70’s and here we are now— living it. We’re about to embark in opening a new venue of education.”